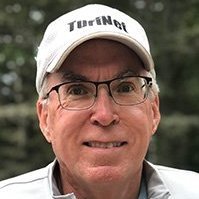 2018 Technician of the Year: Terry Libbert

Meet Terry Libbert, winner of the the TurfNet 2018 Technician of the Year Golden Wrench Award, sponsored by Toro. When nominated, Terry was employed at Old Marsh Golf Club in Palm Beach Gardens, Florida, but has since moved on to the new Grove XXIII course being built by Michael Jordan in Hobe Sound, Florida.

Libbert was nominated by his then-superintendent Tony Nysse and several former superintendents at Old Marsh, where he had been employed for 18 years.

As winner of the Golden Wrench Award, Libbert will receive one week of service training at Toro headquarters in Bloomington, MN, compliments of Toro and Hector Turf.